With the Landinar: Into the Void Steam page going live, we have been focussing on our splash screen and character models.

Join our 2D artist Roy on his journey of creating both.

A few weeks ago we started working on the Landinar marketing splash screen. Early in the process we realised we needed to add a female character and thus giving the player an option upon starting the game. We also realised our male character, with two metal arms and a backpack, looked like a stereotypical action hero and would not represent our game very well. 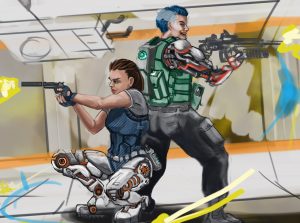 This first drawing of the male and female character together is almost a year and a half old, when we were still doing our co-op shooter. The idea was ditched, as you can read in our previous devblog, but the visual stuck with us. Because Landinar: Into the Void doesn’t have handheld weapons nor co-op gameplay, we decided against using both character models in the splash screen to avoid confusion. 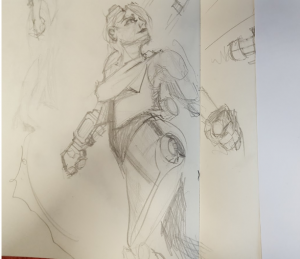 We decided to heavily focus on our female character and her robotic legs, showing her unique design. I drew a couple of poses, after which our 3D artist Erik started working on making her actual in game model. 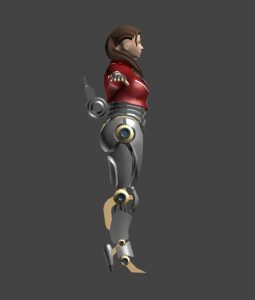 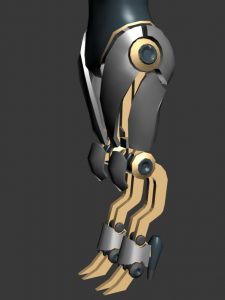 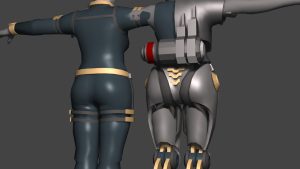 A kind of cross-fertilization happened, going back and forth together between the model and my sketches until we were both satisfied with the result. 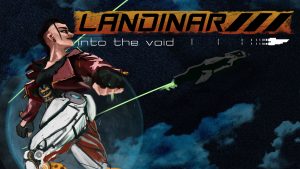 This is one of the final drafts I made for the marketing splash screen. If you’re curious to see how the finished product turned out, keep an eye on our Convoy Games Twitter and Landinar: Into the Void Steam page.